According to New York’s Department of Transportation (DOT), 33% of Newyorkers “can’t find north” when they’re off their usual route within their own bustling city. Many other tourists/visitors who come to NYC experience similar—if not worse—navigational problems.

To make the city more accessible to the masses, DOT worked with Pentagram, Billings Jackson Design, RBA Group, CityID, and T-Kartor to create ‘WalkNYC’, a brand new line of street maps dedicated to making the life of an New York pedestrian all that much easier.

Doing away with traditional map customs of indicating north as ‘up’ (unfortunately, north never really is just ‘straight up ahead’), WalkNYC will make sure that the map is oriented “in the direction a user is facing”, making sure that you’re looking at a map tailored to your perspective. Furthermore, these maps will have two sides, to match the way you’d be facing them.

Pentagram played a large role is making these maps quintessentially ‘New York’ by coming up with a base color palette of “greys, greens, and a soft-yet-distinctive yellow” that was aptly “inspired by the city itself.”

Pentagram’s Michael Bierut commented that WalkNYC maps are not for decor but rather for the functional purpose of information. Crucially, its look and feel is meant to “evoke the glass, steel, and concrete character of New York.”

Typographically speaking, a new version of Helvetica, called Neue Helvetica DOT, was created specially for WalkNYC by Monotype. Pentagram added onto this typeface by creating specific icons to represent services like “bathrooms, hospitals, and transportation,” taking care to mirror “the curves in the lettering” in their designs. 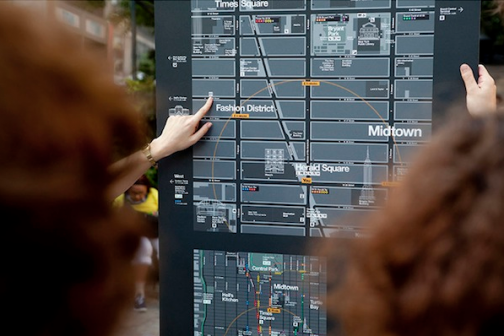 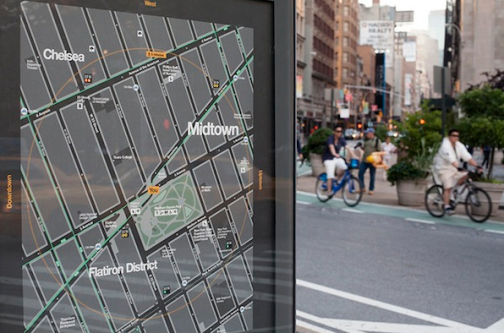 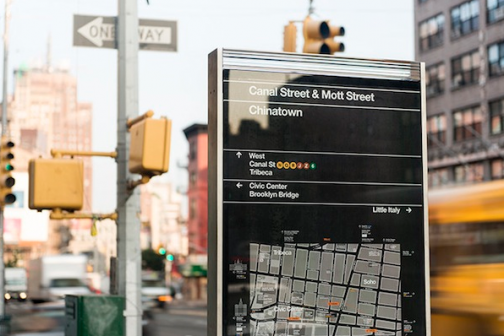 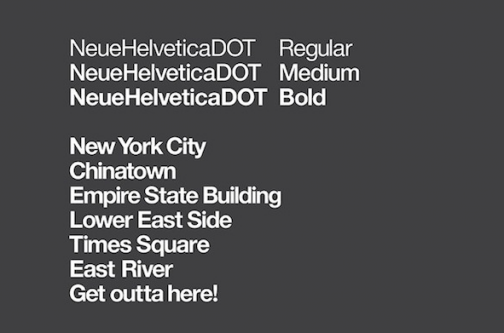 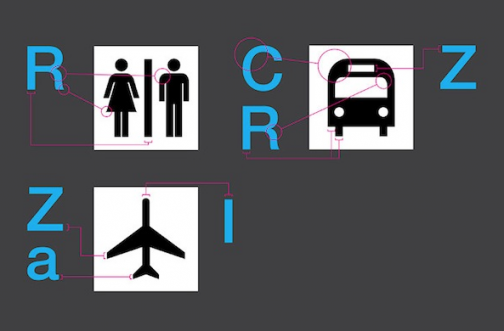 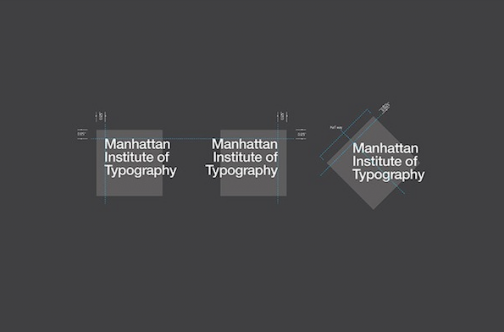 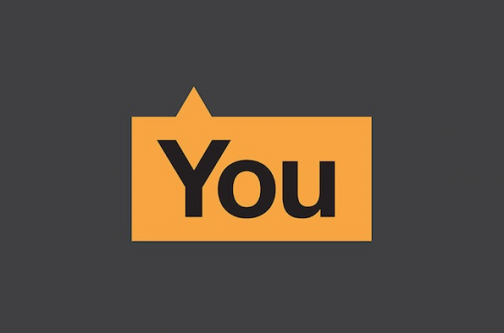 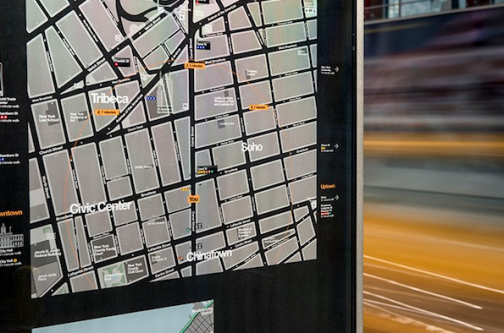